Abidjan International Trade and Industry Fair - FICIA will be held from 11 to 13 May at the Radisson Blu Hotel Abidjan Airport.

Any member of the African Development Club (CAD) is invited as a visitor. An exhibition and a business forum are planned during these 3 days. You will find the program of the conferences and the various workshops detailed on www.ficia.ci or on  the  Abidjan International Trade and Industry Fair - FICIA web page.

POVERTY IN A RISING AFRICA 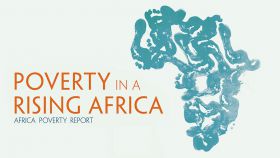 Poverty across the continent may be lower than what current estimates suggest, though the number of people living in extreme poverty has grown substantially since 1990, according to the latest World Bank Africa poverty report.

Poverty in a Rising Africa, the first of two upcoming reports on poverty in Africa, documents the data challenges facing the region and reviews the status of Africa’s poverty and inequality, both monetary and nonmonetary, taking these data challenges into account.

“The main messages which emerge from this effort to assess poverty in Africa are both encouraging and sobering,” said Kathleen Beegle, World Bank program leader and co-author of the report. “Although the data show that the share of the African population in extreme poverty did decline, major poverty challenges still remain, especially in light of the region’s rapid population growth.”

According to latest World Bank estimates, the share of Africans who are poor fell from 56% in 1990 to 43% in 2012. The report argues that the poverty rate may have declined even more if the quality and comparability of the underlying data are taken into consideration. However, because of population growth many more people are poor, the report says. The most optimistic scenario shows about 330 million poor in 2012, up from about 280 million in 1990. Poverty reduction has been slowest in fragile countries, the report notes, and rural areas remain much poorer, although the urban-rural gap has narrowed.

Other key findings of the report are:

The report concludes with a plea to strengthen Africa’s poverty data.While the availability, comparability and quality of data to track non-monetary poverty has improved, in2012,25 of Sub-Saharan Africa’s 48 countries had conducted at least two household surveysoverthe past decade to track monetary poverty, and many of these surveys are not comparable over time. On October 15, the World Bank and its partners announced stronger support to complete household-level surveys every three years in the world’s poorest countries, including several in Africa, to address huge data gaps that have previously stunted poverty-fighting efforts.

“Better data will make for better decisions and better lives,” said Luc Christiaensen, World Bank lead economist and co-author of the report. “It is not just about quantity, the quality of the data also matters. The report offers examples of missed opportunities when surveys are not conducted with quality standards. Maintaining and accelerating the momentum of progress of the past two decades requires collective efforts.” 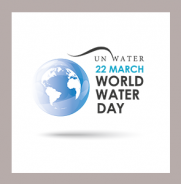 Water is the essential building block of life. But it is more than just essential to quench thirst or protect health; water is vital for creating jobs and supporting economic, social, and human development.

Today, there are over 663 million people living without a safe water supply close to home, spending countless hours queuing or trekking to distant sources, and coping with the health impacts of using contaminated water.

This year, we focus on wastewater and ways to reduce and reuse as over 80% of all the wastewater from our homes, cities, industry and agriculture flows back to nature polluting the environment and losing valuable nutrients and other recoverable materials.

We need to improve the collection and treatment of wastewater and safely reuse it. At the same time, we need to reduce the quantity and pollution load of wastewater we produce, to help protect the environment and our water resources.

Sustainable Development Goal 6 – ensuring availability and sustainable management of water and sanitation for all by 2030 - includes a target to halve the proportion of untreated wastewater and increase water recycling and safe reuse.

PADES will contribute through RENEWAL Project to establish a database on African water legislation in order to promote water security and achieve the SDG6.

INTERNATIONAL DAY OF SPORT FOR DEVELOPMENT AND PEACE 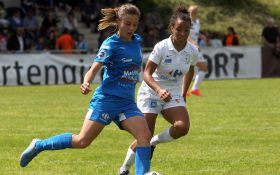 Due to its vast reach,  unparalleled popularity and foundation of positive values, sport is ideally  positioned to contribute towards the United Nations’ objectives for  development and peace. In  the Declaration of the 2030 Agenda for Sustainable Development sport’s role for social  progress is further acknowledged:

"Sport is also an important enabler of sustainable  development. We recognize the growing contribution of sport to the realization of development and peace in its promotion of  tolerance and respect and the contributions it makes to the empowerment of  women and of young people, individuals and communities as well as to health,  education and social inclusion objectives."

To raise awareness of this potential,  6 April was declared as the International Day of Sport for Development and  Peace (IDSDP) by the UN General Assembly. The adoption of this Day signifies  the increasing recognition by the United Nations of the positive influence that  sport can have on the advancement of human rights, and social and economic  development.

In its Resolution (A/RES/67/296) establishing the Day, the  General Assembly “invites States, the United Nations system and, in  particular, the United Nations Office on Sport for Development and Peace,  relevant international organizations, and international, regional and national  sport organisations, civil society including, non-governmental organizations  and the private sector, and all other relevant stakeholders to cooperate,  observe and raise awareness of the International Day of Sport for Development  and Peace.” 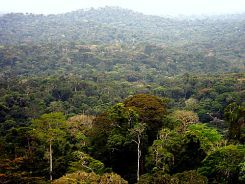