PADES is pleased to noticed that on the occasion of the G20 leaders’ summit, the World Bank Group has announced the creation of an innovative new facility that aims to enable more than $1 billion to advance women’s entrepreneurship and help women in developing countries gain increased access to the finance, markets, and networks necessary to start and grow a business.

The Women Entrepreneurs Finance Initiative (We-Fi), the first World Bank-led facility to advance women’s entrepreneurship at this scale, will work to enable more than $1 billion of financing to improve access to capital, provide technical assistance, and invest in other projects and programs that support women and women-led SMEs in World Bank Group client countries. The goal of the facility is to leverage donor grant funding – currently over US$325 million – to unlock more than $1 billion in IFI and commercial financing by working with financial intermediaries, funds, and other market actors.

PADES PARTICIPATION TO AN INTERNATIONAL CONFERENCE IN ACCRA

From 4th to 5th July 2017 will be held an International Conference on '’Building Resilient Industries and Infrastructure for Economic Transformation in Africa: The Role of China’’.The Conference will be organized by the Institute for Democratic Governance(IDEG).

PADES is attending the conference as guest and will present the following topic: ''COTE D'IVOIRE'S INDUSTRIAL AND INFRASTRUCTURAL DEVELOPMENT: POLICY, STRATEGY AND PRACTICES''.

The Conference will be held at Tanga Palace d'Accra au Ghana.

In a statement released on Friday, May 12th, the World Health Organization (WHO) said that it had been informed by the Minister of Public Health of the DRC, Dr. Oly Ilunga Kalenga, of the outbreak of the disease of Ebola  Virus in the health zone of Likati, in the province of Bas-Uélé.

From five blood samples taken from suspected cases and analyzed at the INRB (National Institute for Biomedical Research), one was positive for Ebola virus, serotype Zaire by RT-PCR," said Minister of Health in a correspondence addressed to the WHO Representative in the DRC.

In its message published on Thursday, the Minister of Health said that since 22 April 2017, from nine cases of hemorrhagic fever, two deaths have been reported to Likati. 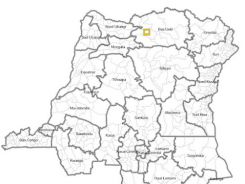 "Our country is facing the epidemic of the Ebola virus, which is a public health emergency of international concern," noted Dr. Oly Ilunga.

He also said that the Ministry of Health had "taken all necessary measures to respond promptly and effectively to this new epidemic of the Ebola virus".

According to the WHO, the Congolese minister has asked for his "support" to "strengthen the response to this epidemic".

WHO says it works "in close collaboration with all national and provincial authorities, as well as with the support of the Regional Office (AFRO), Headquarters (Geneva) and all other partners to facilitate the deployment of protection materials and field staff in order to strengthen epidemiological surveillance and control the epidemic very quickly.

To prevent Ebola Virus, please use the WHO clinical care for survivors of Ebola virus desease guide 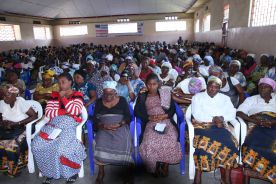 The topic for 2017 is ‘’Invisible Women, Invisible Problems’’

Absent in statistics, unnoticed by researchers, neglected by national and local authorities and mostly overlooked by civil society organizations – the situation of widows is dramatic and, in effect, invisible.

Once widowed, women in many countries often confront a denial of inheritance and land rights, degrading and life-threatening mourning and burial rites and other forms of widow abuse.

Widows are often evicted from their homes and physically abused – some even killed – even by members of their own family. In many countries, a woman’s social status is inextricably linked to her husband’s, so that when her husband dies, a woman no longer has a place in society. To regain social status, widows are expected to marry one of their husband’s male relatives, sometimes unwillingly. For many, the loss of a husband is only the first trauma in a long-term ordeal.

In many countries, widowhood is stigmatized and seen as a source of shame. Widows are thought to be cursed in some cultures and are even associated with witchcraft. Such misconceptions can lead to widows being ostracized, abused and worse.

The children of widows are often affected, both emotionally and economically. Widowed mothers, now supporting their families alone, are forced to withdraw children from school and to rely on their labour. Moreover, the daughters of widows may suffer multiple deprivations, increasing their vulnerability to abuse.

Such cruelties are often seen as justified in terms of cultural or religious practice. Impunity for abuses of the rights of widows is rife, with few perpetrators ever successfully brought to justice. Even in countries where legal protection is more inclusive, widows can suffer social marginalization.

Towards progress for widows

International Widows Day is an opportunity for action towards achieving full rights and recognition for widows – too long invisible, uncounted and ignored. A dearth of reliable hard data remains one of the major obstacles to developing the policies and programmes to address the poverty, violence and discrimination suffered by widows. There is a need for more research and statistics disaggregated by marital status, sex and age, in order to help reveal the incidence of widow abuse and illustrate the situation of widows.

Furthermore, Governments should take action to uphold their commitments to ensure the rights of widows as enshrined in international law, including the Convention on the Elimination of All Forms of Discrimination Against Women and the Convention on the Rights of the Child. Even when national laws exist to protect the rights of widows, weaknesses in the judicial systems of many States compromise how widows’ rights are defended in practice and should be addressed. Lack of awareness and discrimination by judicial officials can cause widows to avoid turning to the justice system to seek reparations.

Programmes and policies for ending violence against widows and their children, poverty alleviation, education and other support to widows of all ages also need to be undertaken, including in the context of action plans to accelerate achievement of the Sustainable Development Goals.

In post-conflict situations, widows should be brought in to participate fully in peacebuilding and reconciliation processes to ensure that they contribute to sustainable peace and security.

Empowering widows through access to adequate healthcare, education, decent work, full participation in decision-making and public life, and lives free of violence and abuse, would give them a chance to build a secure life after bereavement. Importantly, creating opportunities for widows can also help to protect their children and avoid the cycle of inter-generational poverty and deprivation.

PADES says YES to LABOUR but NO to Children LABOUR ! 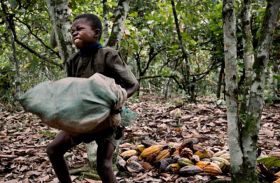 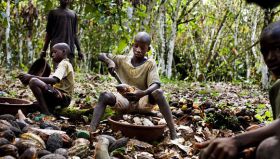