PADES wishes you and your family an happy Easter !

The African Development Bank launched the 2018 edition of its yearly flagship report, the African Economic Outlook (AEO), on Wednesday, January 17, 2018 at its headquarters in Abidjan. As a leading African institution, the Bank is the first to provide headline numbers on Africa’s macroeconomic performance and outlook.

The African Economic Outlook bridges a critical knowledge gap on the diverse socio-economic realities of African economies through regular, rigorous, and comparative analysis. It provides short-to-medium term forecasts on the evolution of key macroeconomic indicators for all 54 regional member countries, as well as analysis on the state of socio-economic challenges and progress made in each country.

The January release provides a rigorous and comprehensive analysis of the state of African economy, country profiles with key recent developments and prospects for each country, while a set of Regional Economic Outlooks for Africa’s five sub regions will be available soon. These self-contained, independent reports, will focus on priority areas of concern for each sub region and provide analysis of the economic and social landscape.

As before, a full set of updated growth projections will be released in May for the Annual Meetings. 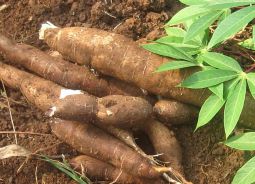 Thank you for your collaboration and support in 2017. We hope to continue working together in 2018.

PADES wishes all of you a merry chrismas and happy new year full of peace, grace and inspiration.