The African Programme for Economic and Social Development is proceeding to data collection on local partners within the Democratic Republic of Congo, on behalf of the African Capacity Building Foundation (ACBF)

Local partners needed in DRC are those who work in the following sectors:

iii)  Data Management and Analytics; and

Local partners interested to be part of the database should contact the African Programme for Economic and Social Development at :  This email address is being protected from spambots. You need JavaScript enabled to view it.

Like elsewhere, African countries are not spared the devastating impacts of the COVID-19 pandemic on their national health systems, economies, trade, cultures, societies and livelihoods. The public and private sectors, individuals and communities are struggling to respond to the pandemic amid commercial lockdowns and disruption of income sources.

The seminar, titled “Enhancing Resilience in African Economies: Macro-Economic Policy Responses to COVID-19 Pandemic in Africa,” seeks to address the macroeconomic implications for African economies as many nations struggle to roll out fiscal stimulus packages to avoid a total collapse and save livelihoods.

The seminar also address ed the ways in which COVID-19 has highlighted inequality in the global economy and the vast disparities in the responses by industrialized countries as against those of African countries, which have had to rely on development institutions to implement contingencies.

The African Development Bank has played a lead role in responding to the crisis by rolling out a series of financial and technical measures to cushion African economies and livelihoods. Its primary channel for the interventions is a Response Facility announced 7 April that provides up to $10 billion to governments and the private sector.

The Bank also raised $3 billion from a three-year Fight COVID-19 bond in late March, and extended $2 million in grants to the World Health Organization to bolster the capacity of 41 African countries on infection prevention, testing and case management.

The IMF and the World Bank have also announced COVID-19 response packages that target African economies and health systems.

The Seminar was the first of a series being organized under the auspices of the Global Community of Practice (G-CoP) on COVID-19 Response Strategies, established by ADI to stimulate policy dialogue that will inform Regional Member Countries’ short, medium and long-term policy responses to the COVID-19 pandemic.

ADI, a department of the Bank, is the focal point for the institution’s Capacity Development initiatives. In that role, ADI contributes to efforts at building sustainable capacity for development effectiveness in the institution’s regional member countries.

International Day for the Elimination of Violence against Women

Violence against women and girls (VAWG) is one of the most widespread, persistent and devastating human rights violations in our world today remains largely unreported due to the impunity, silence, stigma and shame surrounding it.

In general terms, it manifests itself in physical, sexual and psychological forms, encompassing:

further clarify, the Declaration on the Elimination of Violence Against Women issued by the UN General Assembly in 1993, defines violence against women as “any act of gender-based violence that results in, or is likely to result in, physical, sexual or psychological harm or suffering to women, including threats of such acts, coercion or arbitrary deprivation of liberty, whether occurring in public or in private life.”

The adverse psychological, sexual and reproductive health consequences of VAWG affect women at all stages of their life. For example, early-set educational disadvantages not only represent the primary obstacle to universal schooling and the right to education for girls; down the line they are also to blame for restricting access to higher education and even translate into limited opportunities for women in the labour market.

While gender-based violence can happen to anyone, anywhere, some women and girls are particularly vulnerable - for instance, young girls and older women, women who identify as lesbian, bisexual, transgender or intersex, migrants and refugees, indigenous women and ethnic minorities, or women and girls living with HIV and disabilities, and those living through humanitarian crises. 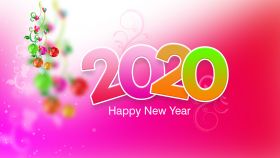