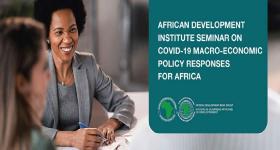 The Executive Director of the African Programme for the Economic and Social Development (PADES) ,invited by the African Developmen [ ... ] 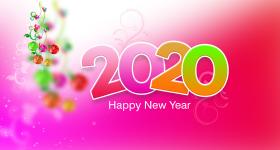 International Day for the Elimination of Violence against Women
24 Nov 2019 23:27

Violence against women and girls (VAWG) is one of the most widespread, persistent and devastating human rights violations in our w [ ... ]

Other headlines from PADES's news

Welcome to the African Program for the Economic and Social Development Website !

The world is changing, we too.

As you may know, the African continent has great potential in terms of human and natural resources but is constantly losing pace in economic and social development sectors.

More than half of its population lives below the poverty line and have no access to education and health.

The World Bank report on World Development 2013 on'' Jobs '' recognizes employment as a determinant or the cornerstone of economic and social development. However, nearly half of men and women in developing countries, including Africa languishing in poverty or unemployment is simply not paid or under.

Since December 2015, States has committed to achieve the Agenda 2030 on Sustainable Development Goals (SDGs) and PADES has decided to support African Countries to reach them.

But PADES thinks that without a a strong involvement of African men and women from the concerned countries, the situation is likely criticized for not quickly improve.

On the economic front, Africa is and will remain a long time '' scandal '' in natural resources. But this wealth never capitalized to the African majority as often controlled by a minority in power, by bad governance; fail to ensure redistribution more and also the control of these resources by foreign interests who are reluctant to finance rebellions in Africa to achieve their objectives.

At a time of globalization, the New Technologies of Information and Communication (ICT) are a means to promote education, employment, entrepreneurship, and access to markets. Some African countries are now connected to the optical fiber. The PADES hopes this modernity imported from London will improve the quality of the Internet connection, significantly lowering the cost of communication and promote telemedicine and tele-education.

The African Program for Economic and Social Development intends to meet the challenges of socio-economic development of Africa and allow Africans to take charge.

I hope you will enjoy a new look of our website.